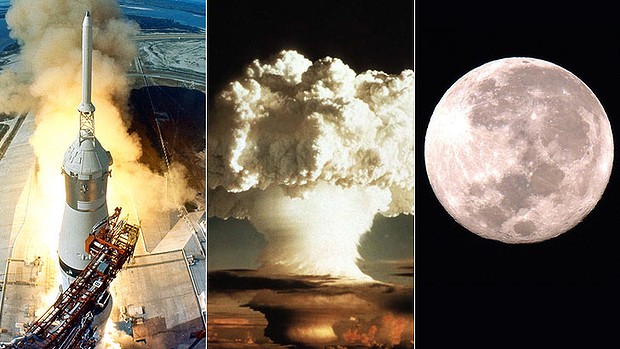 The United States planned to blow up the moon with a nuclear bomb during the cold war, according to reports.

The secret project, dubbed ‘A Study of Lunar Research Flights’ or ‘Project A119‘, was allegedly devised by US military chiefs at the height of the space race in the late 1950s as a show of strength over the Soviet Union, scientists claim.

According to reports, the US would have used an atom bomb because a hydrogen bomb would have been too heavy.

A missile carrying the bomb would have been launched from an undisclosed location on Earth and travel to the moon, where it would detonate on impact.

The project would have been carried out in 1959, but was reportedly abandoned by military officials due to fears that it would endanger people on Earth should the mission fail.

Physicist Leonard Reiffel, who was involved with the project, said it would have intimidated the Soviet Union and given the US a morale boost after the Russians successfully launched Sputnik in 1957. Reiffel went on to serve as deputy director at NASA.

Also involved in the project was astronomer Carl Sagan, at the time a young graduate, who carried out calculations about the behaviour of dust and gas generated by the blast.

According to the author of a Sagan biography, he may have committed a security breach in 1959 by disclosing the secret project in an academic fellowship application.

The US government has never formally confirmed its involvement in the project.

The US Air Force declined to comment on the claims.