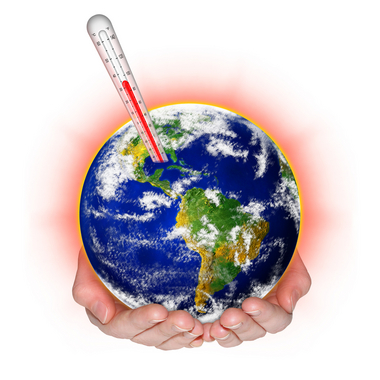 Climate Change is the Biggest Threat to American Six-Year-Olds

This month, two media firestorms terrified American parents with apocalyptic visions of what the future might hold for their kindergarteners. In one, ammunition designed to tear apart bone and tissue snuffed out the lives of twenty children and six adults in an elementary school in Connecticut.

And in the other apocalyptic, all-consuming news story, the United Nations climate change summit in Doha failed to secure any commitments to speed up reductions in greenhouse gas emissions that are roasting the planet.

What? You missed that second story?

Sadly, the climate conference in Doha, which concerned nothing less than the fate of the world, merited scant coverage in American media.

Does this make any sense? Which of these two events will actually have a greater impact on the dangers facing today’s elementary school children — not to mention the 1.8 billion humans currently below the age of 15?

In no way do I mean to downplay the tragic events that happened last month in Newtown. But consider the backdrop to the Doha conference:

A few weeks before the international climate change summit, new research by business consultancy giant PwC found that without drastic new carbon cuts, the world was on track for 11 degrees Fahrenheit of warming by 2100. This confirmed a large-scale study published in 2009 by 31 researchers from seven different countries in the Global Carbon Project, which likewise found the world directly on track for a 6C rise.

If we keep on our current path, what kind of world are today’s six-year-olds from Connecticut likely to inhabit? The question is obviously speculative, but Mark Lyndas, a respected environmental journalist, pored over thousands of published studies and computer models in the libraries of Oxford University to come up with the data for his bestselling book, “Six Degrees: Our Future on a Hotter Planet” — later a National Geographic movie. The following descriptions synthesize his findings with the projections of the Global Carbon Project, PwC, and an important recent lecture given by Kevin Anderson, the British government’s climate change advisor.

Based on this research, today’s Connecticut kindergarteners would likely, in their 30s and 40s, be looking at maps of the United States showing a vast desert stretching over what used to be the prairie-cornfield states — Oklahoma, Kansas, and Nebraska. In their Connecticut summer houses, today’s Newtown kindergarteners would be running air conditioners against weeks of 100-110 degree scorchers. Sandy-like megastorms would be common. Food would be much more expensive: a box of Mueller’s spaghetti, made from wheat that can no longer be grown in continental Europe, might cost $20 or more in today’s dollars. Millions of developing-world people would be starving to death.

By their 50s, in the 2060’s, the situation would have greatly worsened. Today’s kindergarteners will likely have watched reports of the whole Amazonian rainforest collapsing in fire and destruction. Permafrost melt in Siberia would release billions of tons of methane and carbon dioxide, spiraling global warming upwards.

In their 70s and 80s, if the worst climate “tipping points” occur, this American generation would be living in an Earth hotter than at any time for 55 million years. The seas would be acidic and devoid of fish. With much of the world uninhabitable, civilization itself could start to unravel, and these erstwhile kindergarteners would have to worry whether their own children would even be able to biologically survive.

All is not doom and gloom, however. Avoiding this mind-boggling catastrophe is surprisingly easy, if we act quickly and decisively.

Renowned climate scientist James Hansen — one of the first researchers to discover global warming — is among many who believe a progressively rising tax on carbon could rapidly unleash the power of private enterprise to jump-start the renewable energy sector and greatly reduce anticipated warming over the coming century. This tax would be refunded to American families to help them cope with rising energy bills. A tariff applied to imported goods from coal-burning countries like China would prevent American industries from being placed at a competitive disadvantage.

With solar and wind power cheaper than fossil fuels, investors would find it more profitable to invest in clean technology, rather than fossil fuels, to generate electricity. Consumers would look for ways to be more energy efficient. Electric and hybrid vehicles would become attractive choices. As a result, greenhouse gas emissions will subside to levels that are safe and sustainable, giving us a chance to stay within the 2 degrees C of warming needed to avoid catastrophic consequences.

There’s no question that, for our kids, we need to do something about guns, about mental illness, perhaps even about violence in the media. For any parent genuinely concerned about her child’s future well-being, however, few actions may be more important than contacting President Obama and members of Congress to demand decisive progress towards a carbon tax. U.S. Rep. Jim Gerlach, R-Chester County, a member of the Ways and Means committee, is in a special position to make a difference on this issue.

Glen Retief is an associate professor of nonfiction writing at Susquehanna and a member of Citizens Climate Lobby.