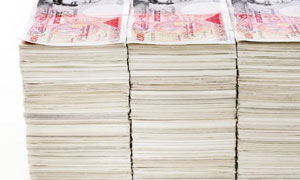 THE MERCHANTS OF MENACE

The rulers of the cities gathered together, deep in thought,

Their rulings defied and questioned at every turn, their honesty questioned and speeches ridiculed as an act.

Their enemies had become more influential by posing as friends, but ready to twist the knife from the front. Members of the rulers announced their discontent, and their willingness to turn and run to their enemies was both voiced and public.

Outside the doors of the meeting room, the rich merchants of the cities had gathered, seeking audience with the rulers, intent on imposing their will upon the last bastions of freedom.

At first, just one was granted an audience, his name Coercion. Long had he financed the wars and wages of the rulers, but now he spoke favourably of their enemies, who had garnered support with the voices of lemmings and sheep. His intent to fall towards whichever side of the fence became more favourable to the lemmings, with no regard to whether it might be the right thing to do or not.

He spoke of how he had always supported the rulers, and of how one very rich merchant who had done the same, had now left their ranks and joined the growing army of the enemy. He told the tale of how the discontent among the people of the cities had led the merchants to believe that the only option left to them was control and fabrication. To suppress and chain the people whilst making it seem they were being provisioned for, and their voices acknowledged.

Bitter confrontations with people who had never liked the rulers anyway, were cited as discontent and used as a tool to lever worry within the rulers. The rulers listened to his words, then bade him leave whilst they held council.

One who had disappeared from the council without explanation, only to be seen openly flaunting herself at play in full view of the people,returned and  recommended making a pact with their enemies, betraying all principles, in the pursuit of power. She deemed that their enemy was no different to the rulers, and it seemed absurd that they should fight over power, whilst the enemy from the west, stood watching them with amusement in their eyes. The rulers shook their heads in disbelief, with one fragile alliance in place to keep the power, could they afford another with a body they had once ridiculed and dismissed as absurd?

They counselled each other for many days and nights, wondering whether it would be better to be honest and pursue the right path in the interests of freedom and democracy, and risk their grip on power, or to choose the path of lies and deceit and be as men and women bought by the rich with cheap coin to hold onto power.

On the day of the decision, the crowds gathered and chanted as the announcement was due to be broadcast. The rulers looked nervous and unconvincing, the moles smug, and the merchants in the cheap suits of greed and selfishness, happy.

In the crowd, the men from the west, sharpened their knives, a look of glee had spread uniformly between them. They had thought that this might be a great fight, a battle to leave all sides bloody and reeling, but they also hoped that the rulers heeded the words of traitors and the blind affluent and trod the road of lost credibility and eventual destruction. Would today be the day that the rulers sold democracy to the merchants of menace?

And so they put their knives back into their holders and smiled, knowing that they may yet win this war without shedding a single drop of blood spilt from one of their own.

From Tales Of Corrosion copyright 2013