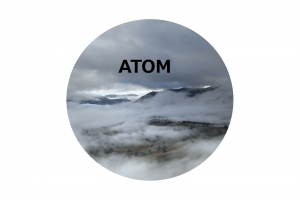 He was not sure how far back he could remember. However, he was certain that it was very early in his lifetime. The cries from the cot and the murmurings that formed no coherent vocabulary were his, but the shouting and the screaming belonged to his parents. He could remember them arguing. They would stand there pointing at each other, each with a fresh accusation, ready to level at the other. It was almost as if they were conducting a war of guilt. His father was drunk and despite this, he was on his way back out, returning home briefly, to grab some more money to feed his addiction. Of course, she was blameless for this. It was not her fault that her husband and father of her child was a hopeless drunk, incapable of coping with the stresses and strains of normal life. It was her fault though, that she felt the need to deliver a few home truths in a stream of vitriol whilst standing in front of her only child. Not old enough to sit up on his own but old enough to sense and hear the alarm and hostility around him, old enough to recognise these warring figures as his parents. He was not old enough to do anything at all about it though, not yet. That was his first memory. At least he thought it was his first memory. There was another that in some ways was even darker than the vision of his warring parents. At night, when he was alone and afraid, he would drift off to sleep and then the wolf would come. It would scratch at his door, emitting a low growl and nudging the handle with its jaw. When it eventually caused the handle to drop enough and enable its entry into his room, it would stand on its hind legs and walk slowly to his cot. The growling would become louder and the heat of its breath would warm his face as its sticky saliva dripped onto his skin. He would try to cry out for help but his infantile vocal chords would not work. He just lay there, unable to speak, unable to move, petrified. Always, just as the wolf was about to turn him onto his back and speak to him, his mother would rush into the room, cursing him for crying out in the night. It always disturbed him that although he could make no sound in his nightmare, the screams of his terror bypassed his subconscious mind and found a home in the conscious real world. He wondered whether he had been happy as an infant. Even if he did have a happy infancy, would he have remembered it? He remembered anger and nightmares, but that could just have been because it was so disturbing that they had stamped their mark on his memories. He could have been happy, he thought. Who in this world would remember happy events from their infant days, those who did not dream of wolves, perhaps?

His early school days were marred by his reluctance to become a part of the social crowd, even at those tender years. He did not want to be part of the school and be involved in its communal activities. He did not care that much for friends, although he was fairly popular and amiable. When he thought back to those times, he realised how socially tolerant and creative he was. School years came and went as he progressed through a variety of subjects, classes and teachers, with few of his peers ever leaving him with a positive impression. The fragility of confidence hidden beneath a mask of authority gained no respect from him. All the same, he remained attentive in lessons, aware that he had much to learn. His own self-discipline removed the need for authoritarian guidance, indeed he came to resent and reject authority whenever he could. When there was no alternative but to accept the intransigent regulations of the lesser intellectuals, it left a bitter taste in his mouth. The bitterness would remain and grow as the years passed, adding bite to his words and a sharpness to his attitude. He would not react to the impositions imposed upon his individual freedom despite the many occasions that tested his patience. He would not react at all, not yet.

His peers would for the most part leave him alone during his years of education. He would ignore mere words and taunts, but for those who dared to cross the line physically it was the one and only time they ever did so. He was good-natured to others and would not wilfully assault them, even when provoked, but physical confrontation caused his temper to snap and leave the aggressor regretting their actions.  As he settled into school life, those who knew him never crossed the line and slowly but surely the irresistible compulsion to take advantage of the fear took hold of him. He changed from the quiet, inoffensive young man to a loud, outspoken and aggressive individual, a trait he continued with until he left school and stumbled into adult life.

He passed through the unfortunate phases that most young men do. The ill-advised nights of drinking too much that would end in either violence or words that he wished he had never said. Actions that seemed funny when in a state of intoxication were embarrassing to him when he sobered. The experimental drugs and the clumsy and sometimes unfeeling relationships with women were all put behind him as he successfully completed a university education and left to gain a job he had never trained for. His degree in history was of little use in the minimalist surroundings of a bank, but the pay was okay and the role of administrator suited him. He sat away from the menace of the general public, safe behind the grey walls and keypad locked door that secured the staff-only part of the building. His pay was enough to enable him to leave home and rent a small flat. Although he had dated many women, he had never yet found one to share this part of his life and so he still lived alone. The books on past wars and conquerors filled his shelves and the music he listened to was loud and aggressive. He was thankful for the one pair of headphones he possessed so that he could play his music loudly without interruption. He filled his days with work and his nights with music and films when he was not going out. He would fall into bed, tired but deep in thought. When he did not sleep, he would think about the things he needed to know and make plans for the future. When he woke, he would make his way into the bathroom and look into the mirror and smile. Maybe, he thought, today is the day.