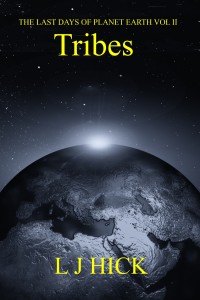 Tribes has been released on Smashwords and Amazon and is available to purchase now as an eBook. It will shortly be available at the following outlets as well:

Tribes continues where Gods and Monsters left off. The arrival of old enemies brings pain to both Jack and Blake. Vega is beginning to wonder who are the good guys and who are the bad guys, and has he misplaced his trust. Meanwhile, dark forces gather, and as the world changes irreversibly, the human race stumbles blindly on into possible annihilation.