The Last Days of Planet Earth Vol III: The Children of Raphael 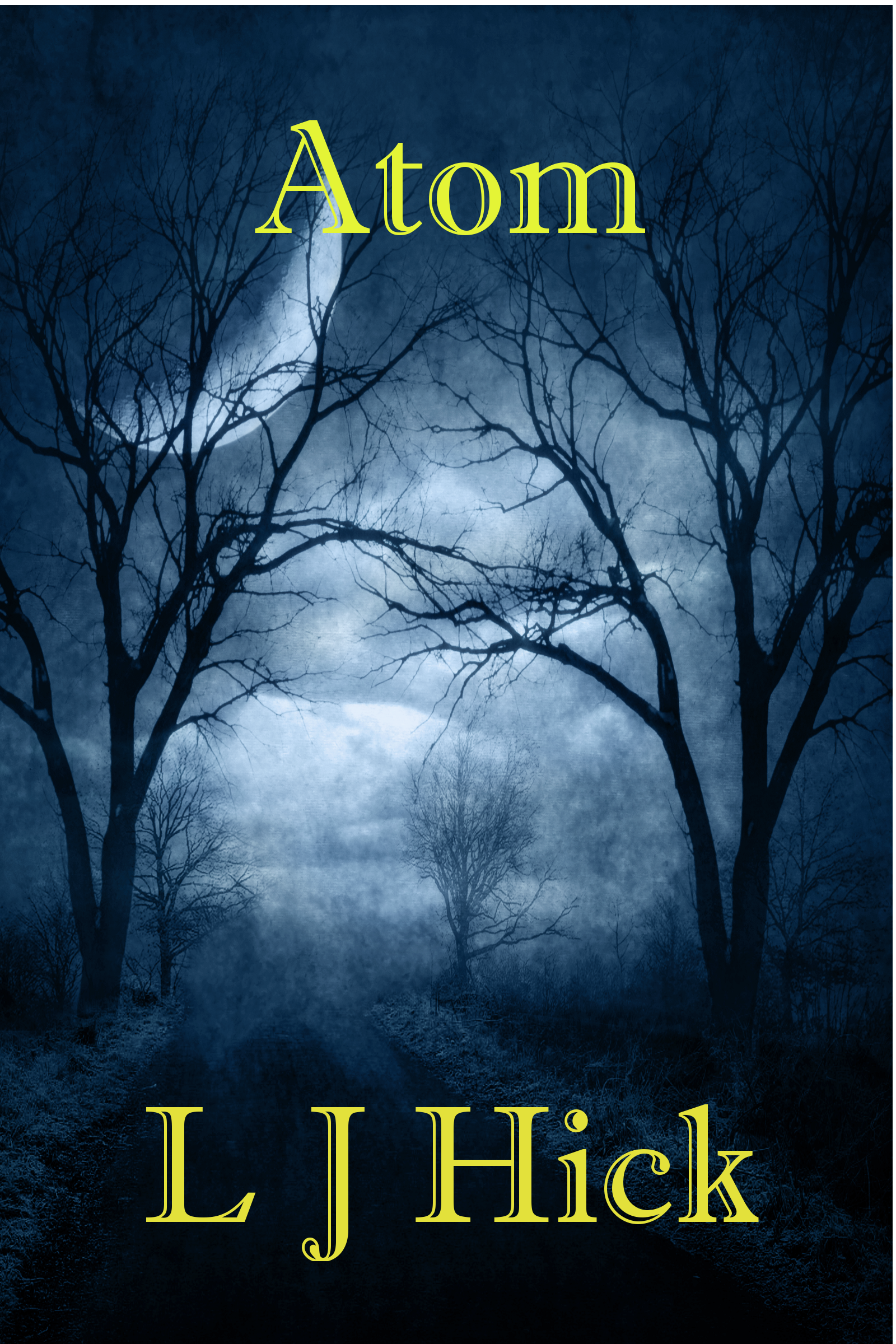 Sam and Scott are a couple of teenagers who live in the small town of Atom. A year ago something horrible happened in the town, which affected Sam's father, Brad, the Sheriff, badly. Although things have quieted down now, and the pair are enjoying a warm summer, Scott and Sam are still intrigued about the events of a year ago. When a stranger buys the place that nobody wants to own, the boys pay him a visit. The stranger proves to be a rude and unusual looking man called Felstar. This is bad enough, but when Scott's mother takes an interest in him, Scott is infuriated. When Brad is called to investigate a murder that has all the hallmarks of the previous nightmare, he questions his own competency. Sam wants to repair his parent;s fragile marriage, but how can he, when his father is troubled so deeply? Sam seeks solace with his grandfather, George but does George know more than he his ready to say? The fingers of suspicion are pointing firmly at Felstar, but Felstar intends to do an awful lot more than just point back.

Atom is now available. You can preview the first two chapters below.

Brad Newell sat at his desk, reading the local newspaper from one year ago. Had it really been a year now? It seemed like it was only yesterday. Suddenly, he found himself staring at the wall again, trying desperately not to replay those macabre events again in his mind. He fought against the memories but failed to stop them from haunting him once more.

Brad closed the newspaper and made his way from his office, walking through the police station. He did not attempt to speak to anyone as he made his way to the door. When he was outside he moved out of the sight of the windows and leaned against the wall. He sighed and lit up a cigarette. He smoked too much, these days, he knew that, but his nerves were not what they once were. He watched as people walked by and cars drove down the street. He squinted as he looked towards the sun. The heat of the day meant that summer had arrived in Atom once more. There was a time when this would have made him happy, but that was over a year ago now. Summer terrified him. He lit up another cigarette using the one he had not finished yet and prayed.

Sam opened the door to his house and entered the hallway. The familiar sounds of argument greeted his ears. Kate Newell was arguing with Brad about moving. Sam wondered how many times his father would pursue this quarrel before it finally sunk in that Kate was going nowhere. The two of them were so loud that they had not heard their son enter the house. Sam put his ear to the living room door.
“Why can’t you just drop it?” stormed Kate.
“Do you see them looking at me when I walk down the street?” asked Brad. “They sneer and make jokes behind my back.”
“Don’t be ridiculous,” said Kate. “It’s all in your mind. Everyone around here respects you.”
“Well that’s wrong for a start,” said Brad. “What about Ron McCabe?”
“Oh, like Ron McCabe counts,” said Kate.
“Well he’s a citizen of Atom,” said Brad. “He might be loud and ignorant, but he’s not the only one who thinks I’m incompetent.”
“Come on, Brad. It’s a public office. You are always going to be criticised. It won’t be any different, anywhere else,” said Kate.
“You think? They gonna call me Officer Dibble everywhere else then?” asked Brad. “Jesus, even Ted has been dubbed Deputy Dawg.”
“It was one year ago,” said Kate. “Every lawman with the exception of Wyatt Earp came here and failed to solve the case. What chance did anyone stand with that mess?”
She spat the words out one by one, her patience snapping because of this constant thorn in the side of their marriage.
“One major crime. That’s all, and I couldn’t solve it. Three people murdered in their own home in a small town and I found nothing. Hell, I still have nothing,” said Brad.
“This is insane. It was a bear. What are you supposed to do about it?” asked Kate. “Fit an innocent bear up? Jesus, Brad.”
“It wasn’t a fucking bear,” stormed Brad. “You didn’t see it, Kate. I’m telling you that whatever did that, it wasn’t a bear.”
“So it was a human? A human being smashed a hole in their chests with his bare hands and tried to eat them?” asked Kate, incredulously.
“I don’t know. I seriously don’t know,” said Brad, his voice quieter and more thoughtful now. “I just know it wasn’t a bear.”
Kate moved towards Brad and stroked his hair.
“How are you ever going to come to terms with this case, if you’re not here?” she asked.
“I’m never going to come to terms with it, whether I’m here or not. I’m just gonna stay the subject of ridicule if I stay here,” said Brad. “Please, Kate. Let’s just go. I can get another job in a different town, miles away from here.”
“Not without my father,” said Kate. “I can’t leave him alone here.”
“George? Christ, he’ll never leave here,” said Brad. “You know what he said when I asked him to leave with us? ‘My time is not done here, Brad’. What the fuck does that mean?”
“He lives and breathes this town. You can’t expect him to leave here,” said Kate.
Brad banged the wall with his fist and screamed at Kate.
“I don’t. I expect you too, though,” he said.
Brad turned away and made his way to the door.
“Where are you going?” asked Kate.
“To get steaming drunk,” stormed Brad.
“That’s right, run away, Brad. Run away from your misplaced guilt and this town. Run away from me,” cried Kate.
Brad threw open the door and grimaced when he saw Sam standing there. Sam said nothing but the tears streaming down his cheeks told Brad that he had heard it all. He reached out and placed a hand on Sam’s head.
“I’m sorry son,” he said and left the house.
Sam walked into the living room. Kate sat on the sofa. Her hands covered her eyes as she sobbed. Sam sat down beside his mother and hugged her.
“It’s okay, mum,” said Sam. “Don’t cry.”
Kate raised her eyes to look at Sam and kissed him gently on the forehead.
“That’s the trouble, Sam. It’s not okay,” she said.

The rest of the night passed peacefully. Kate made Sam dinner, and they sat together and watched television for a while before Sam decided to go to bed. Sam heard his father come back to the house in the early hours of the morning, but thankfully, there was no repeat of the argument. Sam guessed that they had worn each other out and that both of them were too exhausted to continue the quarrel. Brad never discussed the death of the Walkers with him and, until tonight, Sam thought that Brad believed bears were responsible. Now he knew that his father thought it was something else that attacked and killed the Walkers, but what? He peered from behind his curtains at the moon, shining brightly in the night sky.
‘Did you see it?’, he asked the moon, silently. ‘Did you see the killer?’.
He left the window and climbed back into his bed. He understood how his mother felt. He did not want to leave his grandfather behind, either. He loved George. George was a Blackfoot Indian who told him tales of mythical creatures and wonderful lands. He also would recount the history and the fate of the Indian nation in North America. His home was full of books on history and mythology.
Very often, Sam would grab one of those books and sit on the porch with his grandfather as they watched the day pass by. It was peaceful and tranquil, not at all like Sam’s home. George was a quiet, calm man, but Sam could see the steel in George’s soul behind his soft, brown eyes. The only fault that Sam could find with his grandfather was his refusal to discuss the Walkers with him. Sam knew that Brad had told George not to talk about it, but George laughed when Sam challenged him about this. He said that Brad did not tell him what to do and that he did not talk about it because young hearts do not need knowledge of evil. Sam laughed at the drama of his grandfather’s words and pulled the bed covers’ tight over him. He drifted towards sleep and hoped that tomorrow would be better for his family. He had left the curtains a little apart and a thin strip of light lit his bedroom wall. He considered getting out of bed to close them properly but was too tired to bother. Instead, he drifted off into a peaceful sleep, where in his dreams, his parents did not argue and the bears did not dine on the local population. If he had decided to get out of bed and close the bedroom curtains properly, he would have seen the man with the waist-length, blond hair and deep blue eyes, standing outside, staring up at his bedroom window.